In Memory of Roselind McCoy 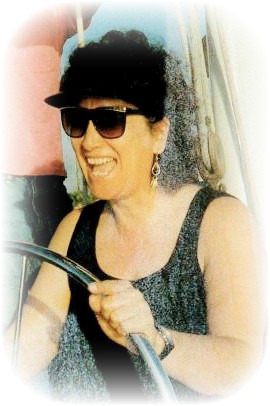 She was born on August 4, 1944, to Leonard and Flossie McCoy. Roselind graduated from Shawnee High School in 1962. Following graduation, Roselind wed Johnnie Bill Ecker, and in 1967, their son, John Curtis Ecker, was born.

Roselind worked at Tinker Air Force Base until relocating to Ft. Gibson, Oklahoma. During this time, she enjoyed making floral arrangements and attended numerous crafts shows. Roselind went to work at the U.S. Attorneyâ€™s Office, in Muskogee, Oklahoma, where she worked until her retirement. While working in Muskogee, she met Mick Wilson. Mick and Roselind were married and enjoyed many fun adventures together.

Roselind then made the decision to move closer to her family, and to make Vian, Oklahoma, her home base. She traveled extensively but would always return home in time to cheer on her grandchildren and the Vian Wolverines. She made time for family and friends and continued to make arts and crafts. Roselind enjoyed traveling, arts and crafts, and spending time with her family and church family. She always had a smile and kind word for everyone she encountered. She was always willing to lend a hand and to volunteer when needed. Roselind never met a stranger and would always make you feel welcome.

Roselind was preceded in death by her parents, sister, Shirley Eggbert, and Mick Wilson.