In Memory of Brent (Bebo) Carter 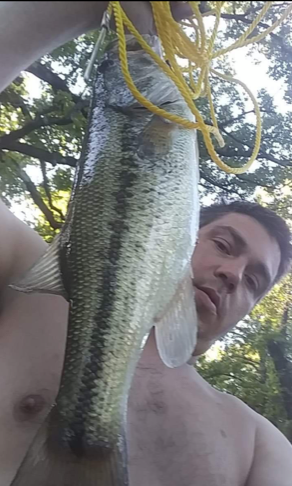 Brent (Bebo) David Carter, 34, passed away on Thursday, March 5, 2020. He was born on Mar 19, 1985 in Tahlequah to David and Linda (Han) Carter. He was a graduate of Gore High School in 2002 and furthered his education at Rogers State University.

Bebo started working with the Helfrich Brothers as a boiler maker in Jan 2016 until his passing. He loved to fish, hunt, and all sports. In 2001 the Superintendent of Gore Schools received a letter from Mr. and Mrs. Holden Marrs commenting on the outstanding character of Bebo and one of his teammates. They wrote, "after the conclusion of the game, they took the effort to find their way into our rejoicing crowd of fans and players, found our son and congratulated him on his successful performance and extend best wishes for his team as they proceeded to the state playoffs". The integrity shown of a student athlete that loved the game.

In the summer he spent a lot of time floating the river, swimming, and grilling on Lake Tenkiller. He really enjoyed jumping and diving off the rocks and cliffs. Brent didn't have children, but he did have 2 special Schnauzer's, Daisy and Cookie, that he treated as his children. They went everywhere together, and minded maybe better than most children.

Funeral arrangements are under the direction of Forever Memories Funeral Service, Sallisaw, OK.