In Memory of Cloey Couch 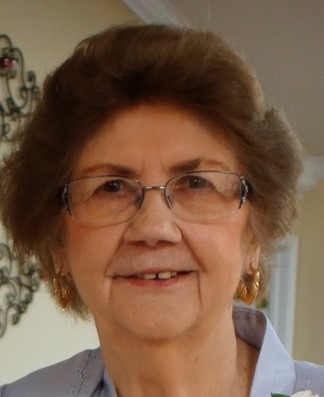 Cloey was saved at an early age and lived her entire life for the Lord. She served in the church in several capacities including church secretary and as a Sunday school teacher. She left a lasting impression with the students she taught. She and JC also opened their home to several foster children over the years.

Cloey had many different jobs throughout the years and touched many lives in a positive way with every occupation. She studied as a beautician and had her own shop for several years, made wedding cakes, was a lunch lady at Vian School, worked on the assembly line at Holly carburetor from where she officially retired but eventually couldn'tstay home. She then began working with her daughter-in-law Carolyn at her business, The Greenhouse. She would often clean homes on the side as well. After she retired for the second time, she started sitting with elderly patients. Her final job was caring for the Harris children, her great grandsons, which she did until just 3 years ago.

Cloey was fun to be around. She always had a smile on her face and a kind word for whomever she met. She loved to laugh and was often up to mischief, especially when Louise was nearby.

Cloey was deeply loved and is dearly missed but there is no doubt in anyone's mind who knew her that she did not consider Blackgum her final destination, but firmly believed she would spend eternity with Christ. She lived her faith until the very end.

She is preceded in death by her parents, her son Larry and daughter, Glenda, her sister Inez Brumley and her brothers James, Kenneth and Floyd Skaggs.

She is survived by her husband and sweetheart for 70 years, JC of the home, the daughter she gained through marriage in 1974, Carolyn Couch of Blackgum, a sister Louise Weber and brothers Eldridge and Bob Skaggs, her grandchildren Elizabeth and Brian Harris of Mounds, Oklahoma, Heather and Dustin Blackwood of Jenks, Oklahoma, and Audra and Clint Brown of Bixby, Oklahoma. She also has 6 great grandchildren who love her very much: Nate, Jake and Jesse Harris, Gracie Blackwood and Cali and Silas Brown, along with numerous nephews, nieces and cousins.

Funeral arrangements are under the direction of Forever Memories Funeral Service, 463505 Hwy 101, Sallisaw.