In Memory of Robert Hindman 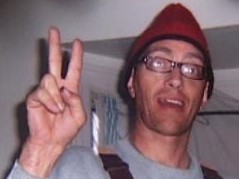 Robert Hindman was a 58 year old resident of Sallisaw, Oklahoma. He began his journey on January 24th, 1962 in Fort Smith, Arkansas. Son of Dale and Joyce Hindman. Robert spent some of his earlier years in California to later move to Sallisaw, Oklahoma where he met Melissa Hindman, the mother of his two children Little Robert Jr, and Serenity with the addition of Lillian and Erica Walton. Big Robert was a man of life and wisdom. But above all, Robert was a loving caring father. There was nothing too extreme or too far fetched. He would move mountains and turn over every stone possible to provide for his children and family. He was the sole embodiment of what a real true DAD was, and he never failed to show it. Robert worked as a handyman and carpenter for over 15 years before he sustained his injury. Even after the injury it was nearly impossible to outwit this man for he had knowledge and an answer for any and every question there was to be asked. In the more recent years his sister Regina and her husband James Garret took care of him. Not one thousand books could tell the story this man had to offer, you would have simply had to hear it from him. But as he would say - You know how it is. Robert is loved dearly by many in their hearts and ours. He will be missed but always remembered for the loving father, son and brother he was. He will always be with us in spirit and will continue to look after us.

Arrangements are under the direction of Forever Memories Funeral Services, Sallisaw, OK. www.fmfsinc.com