In Memory of Lawrence Chester Woodruff 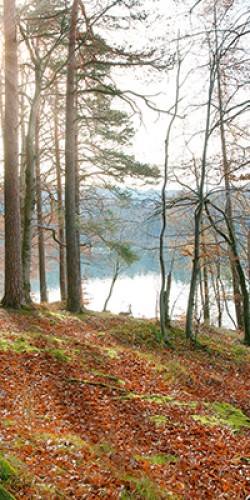 Lawrence Chester Woodruff, 66, passed from this life at his home on Aug 2, 2020 in Gans. He was born in the Sequoyah Memorial Hospital in Sallisaw on June 3, 1954 to Ray Morgan and Lottie Jane (Barnes) Woodruff. Lawrence was married to Yolanda Ann Webb on Nov 30, 1985. He was survived by his wife of the home; sister, Rachel Large of Gans; father in law, Truman Webb of Muskogee; brother in law Roy Gibbs of Muskogee; sister in law, Debra Gibbs of Muskogee; great niece Hayley Taylor of Gans as well as numerous other relatives and friends.

He was preceded in death by his father and mother, and his mother in law, Charlotte Webb.

He had worked at Holly Carburetors and was a contract carrier for the Oklahoma Newspaper. He received his business degree and his plumbers degree from Carl Albert State College. Lawrence always thought one of his greatest accomplishments was his marriage to Yolanda and the joy marriage brought to them for so many years.

Memorial services were held on Aug 7, 2020 in the First Assembly of God Sallisaw for Lawrence Woodruff with burial in the Gans Cemetery, Gans, OK. Arrangements are under the direction of Forever Memories Funeral Service, Sallisaw.