In Memory of Robert O Cogburn 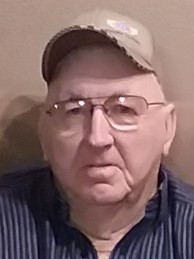 Robert O Cogburn, 73, went home to be with his Lord on Fri., Aug 14, 2020 with his family at his bedside. Robert was born on Nov 10, 1946 in Bengal, Ok to Orbray and Helen (Crawford) Cogburn. He attended Sallisaw Public Schools and was a carpenter by trade the ability to make or fix anything with his woodworking. He married Velta Napier, Wichita, Ks on Oct 9, 1965 before moving back to Sallisaw in Sept 1971 to make their home. He attended Landmark Holiness Church.

He is survived by his wife of 54 years, Velta, of the home; 5 daughters, Yevonne Crossland of Poteau, Bobbie Childers of Sallisaw, Shannon Cogburn of Nicut, Angela David of Sallisaw, Stephanie Chuculate of Sallisaw; 2 brothers, Norman Cogburn of Marble City, David Copeland of Marble City; 2 sisters, Freda Burgess of Miami, OK, and Evelyn Megah of Sallisaw; 13 grandchildren; 7 great grandchildren; and a host of other relatives and friends that were dearly loved. He was preceded in death by his parents, and one sister, Thelma Myers.

Arrangements are under the direction of Forever Memories Funeral Services, Sallisaw, OK. fmfsinc.com