In Memory of Glenda Louise Terry 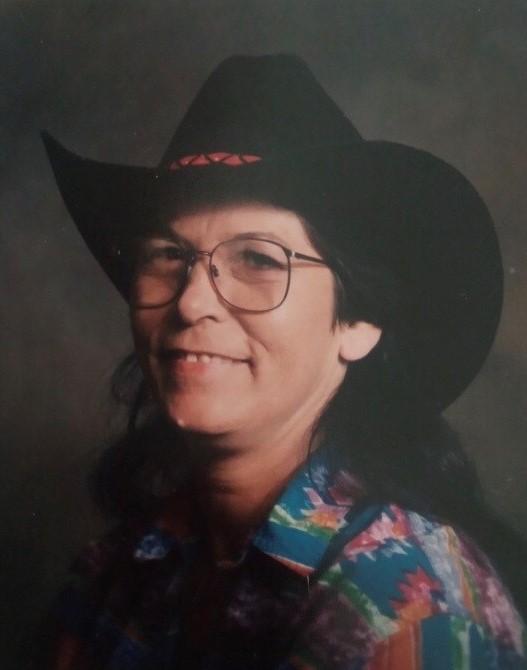 Glenda Louise Terry, 74, was born November 25, 1946 to Howard Johnson and Lucille (Craig) Johnson in Gila Bend, AZ. She was a truck driver for 37 years and fondly known as Mother Trucker by the trucking community. Glenda spent her retirement as a homemaker. She enjoyed crafting, bird watching, and taking care of stray cats. Glenda's greatest joy was spending her days surrounded by her family and the love of her life, James, whom she married on August 18, 1989 in Fort Smith, AR.

Glenda is Survived by: Husband, James Terry of the Home; 2 brothers: Jimmy and Eddie Robertson both of Sallisaw, OK; Sister and her husband, Sue and Roy Young; Her children, Missy Hayward and Dewayne, Pepper May and Tasha, and daughter in law Keli Tomblinson (May) all of Sallisaw, OK ; Her Grandchildren: Shelly and Mike Reed, Derek and Destiny Christenberry, April and Jacob Cowart, Misty Tomblinson, Hollie Tomblinson and Bud, Brock and Haley Chavez, Austin Tomblinson, all of Sallisaw Ok. Joshua Brown, Ashley Christenberry both of Van Buren, AR. Tiera May of Bloomington, IN.; 15 Great Grandchildren, 3 dogs, 8 cats, and numerous other relatives and friends.

She was preceded in death by her parents, Howard and Lucille, 2 brothers, Andy Robertson and Bobby Britz and her Son Billy David May, Jr.

Viewing for Glenda will be held on Wed 4/7/21 and Thurs 4/8/21, from 1pm until 7 pm in the Sequoyah Memorial Chapel of Forever Memories Funeral Services, 463505 Hwy 101, Sallisaw. A private family memorial service will be held at a later date.

Funeral arrangements are under the direction of Forever Memories Funeral Services, Sallisaw. www.fmfsinc.com